After completing residency my wife, Patty, and I moved to Sheridan, where I began my anesthesiology career. We came with a 1 year old son(Peter) and subsequently had our second child here (Chris) in 1985. We decided to stay in Sheridan even with the decline in the practice in the late 80's as the town struggled with strife at the mines and other factors. One of the primary reasons we stayed was the excellent schools that Sheridan had at the time. As the town recovered in the late 1990's we realized what a good call that was.

We have remained in Sheridan my since retirement. Sheridan is home.

I have worked as an anesthesiologist at Memorial Hospital of Sheridan County from 1983 until my retirement in 2015. During that time we grew the anesthesia presence at the hospital from a couple of unassociated physicians into a four person group providing comprehensive services in anesthesia and OB anesthesia at the Sheridan Hospital.

Having been a resident of Sheridan for nearly forty years, I have come to appreciate the excellence of the schools in District 2, as both of our sons attended schools here graduating in the early 2000's. When they went on to the University of Wyoming and then professional schools in Nebraska, I fully realized how outstanding the schools here have been.

We have a grandson and granddaughter who are beginning their journey through the same school system. I want their experience to be as exceptional as it was for our sons. I finally have the time to serve now that I am retired.

I believe that the schools are in a good place, with a superintendent that genuinely listens to teachers and other staff and attempts to do the right thing. We don't need to relitigate the past, but need to look toward the future.

1) Finances for the District will become a top priority over the next decade as the State of Wyoming faces a decline in revenues from the extractive mineral industry. As a Board we need to make certain that the state continues to fully fund the schools as is required by the state constitution.

2) Continued emphasis on the non-college bound students. The recent opening of the John Schiffer School is evidence of commitment of the district, but we need to go even further. With the addition of the Holly Sugar property, there is the potential to become a district in the state that is not only known for its commitment to the college bound student, but to all who attend our schools

3) Mental health, in particularly bullying, has been an issue in all schools even back in the days when I was in school in Casper.
We need to continue to address the issue, finding ways that students can reach out without fear of retribution. I don't have a magical answer to the problem, but am willing to listen and work towards solutions to the issue. 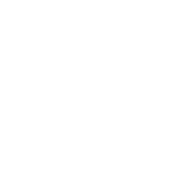